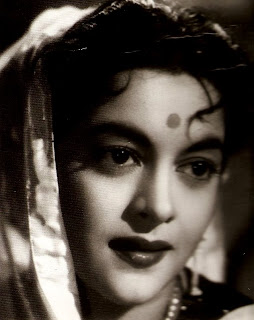 While surfing the net today I found out that 40's and 50's actress Nalini Jaywant passed away, at the age of 84. But that suprising fact was that she died on December 24 2010, thats 8 DAYS AGO! No where in the mainstream media was it mentioned that she passed away, it just goes to show how fickle and cold this industry is. As soon as your out of the limelight your done and the industry has no time for you. No matter how hit movies you have given. Another sad aspect of this whole episode is that, it is said that she had died 3 days earlier but no one knew. Also, when her body was taken, it was taken couvered in her own bedsheet. I wonder what happened or will happen funreal wise.
Posted by Karen at 9:53 p.m.

That is utterly sad!