The new song from Bipasha Basu's film Alone just released called 'Touch My Body' and its a very poorly rehashed version of Dr. Zeus song 'Don't Be Shy'. The original is much better than this new mess, its very infuriating when the originals arent credited

Bollywood Collection that makes me so jealous!

Look at this girls record collection! I'm so jealous and envious! I want all of them! 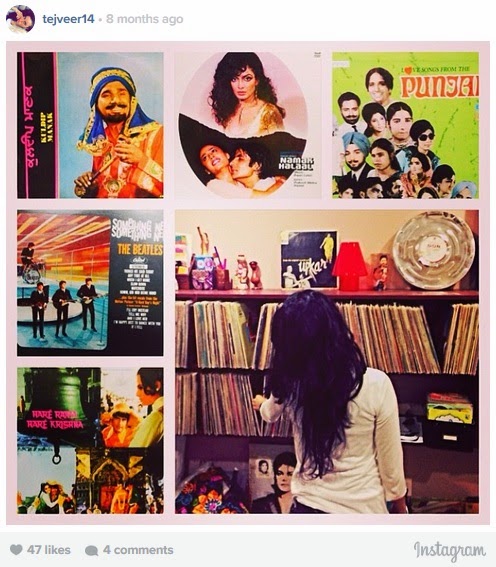 One of the Best Articles Ever About A Film Personality! Shashikala!

Came across this article posted by Cineplot.com about yesteryear actress Shashikala. I have never known anything about her because there is no info available about her on the web but this article gives a real look at the life of Shashikala, so read it and enjoy!

Today I came across something quiet fascinating. Lobby Cards from a movie called "MARRIAGE OF LAXMIKANT & PYARELAL". I have never heard of this "movie" before, I'm guessing it was a documentary, but if anyone has any information about this film pleas do share it the comments below! 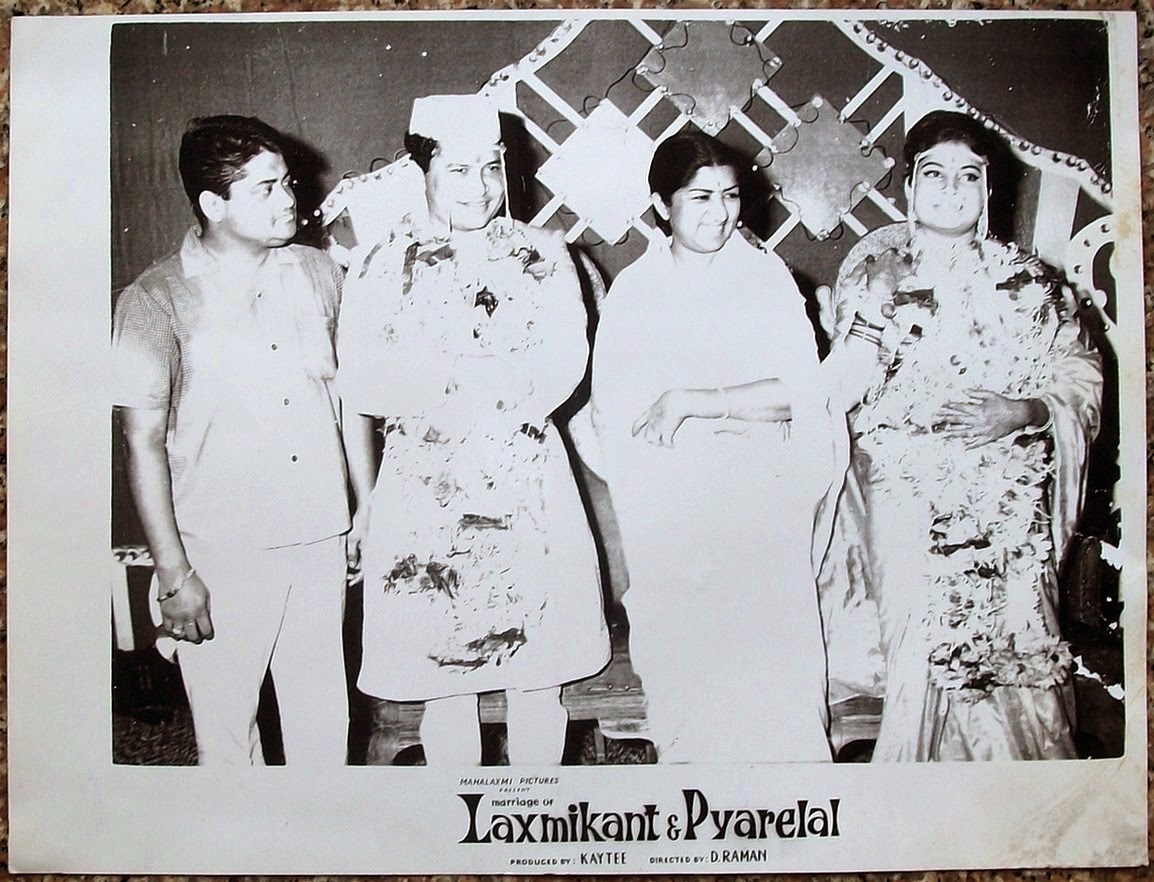 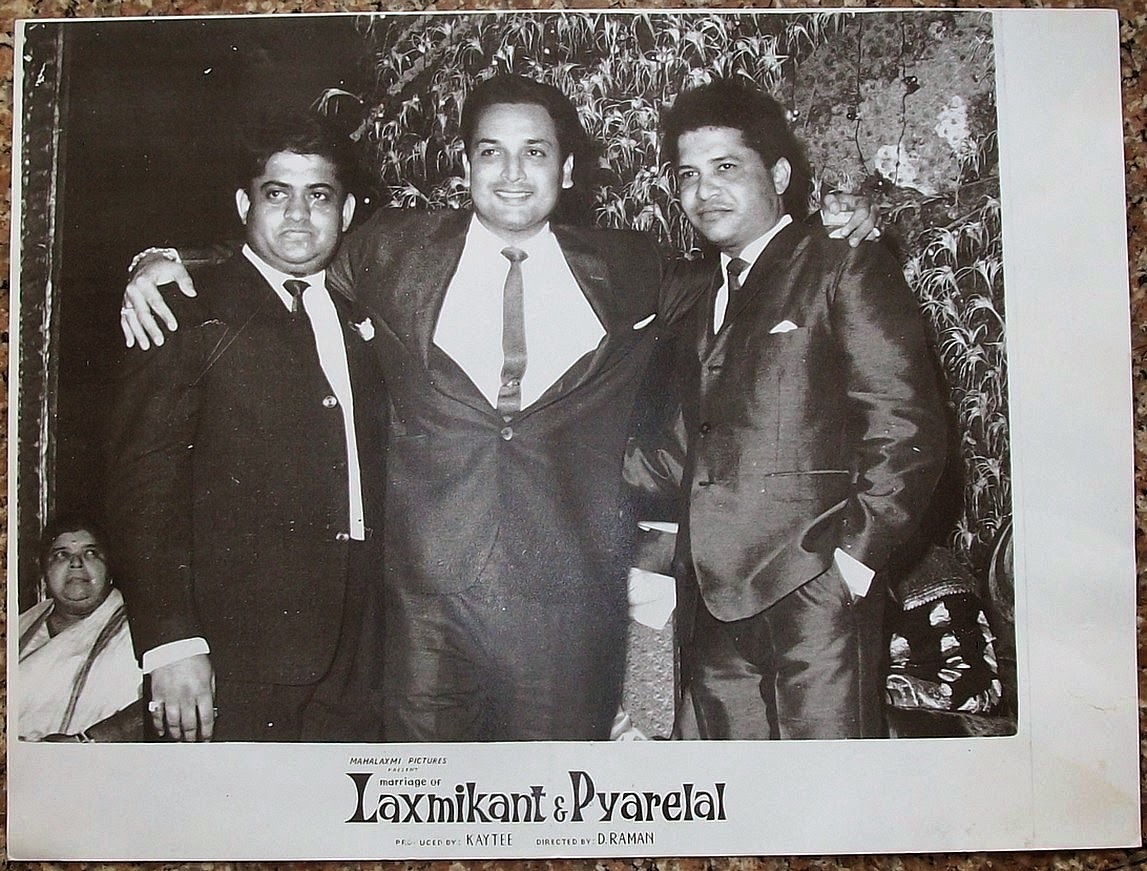 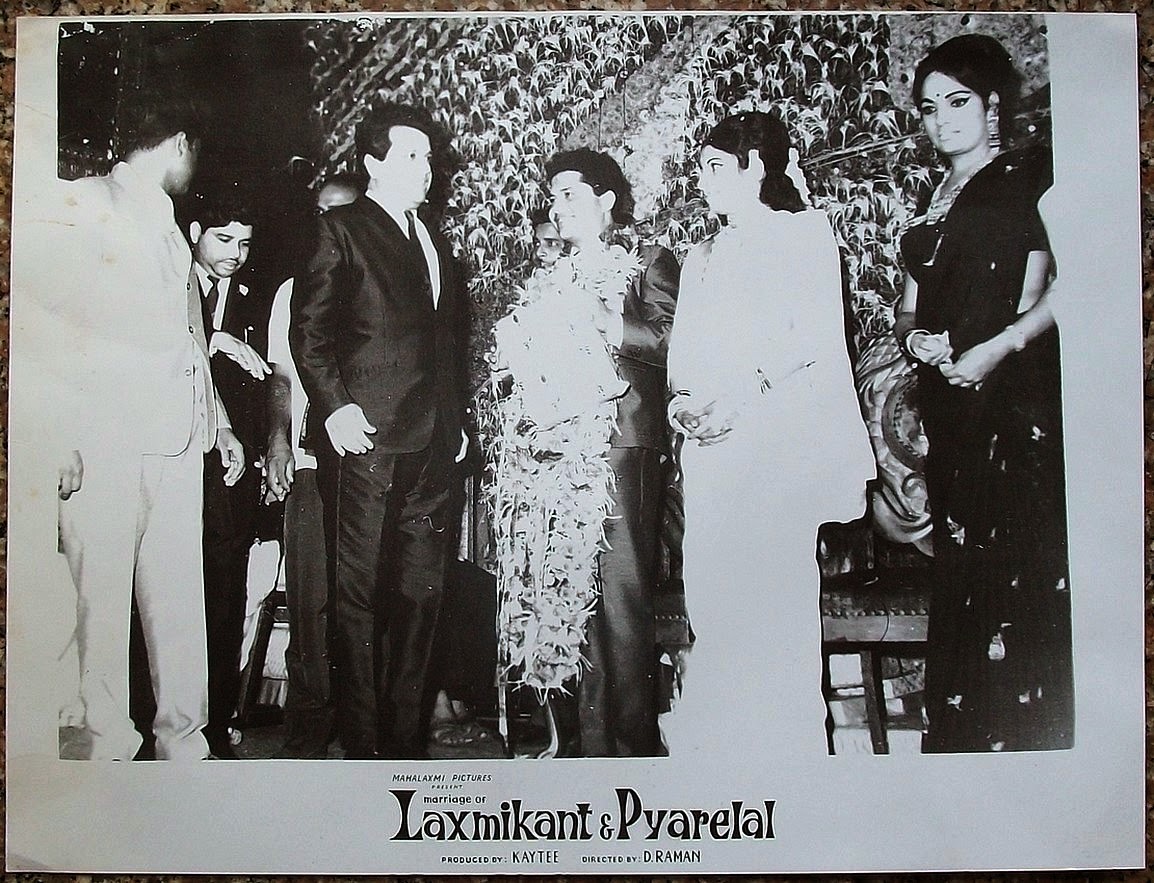 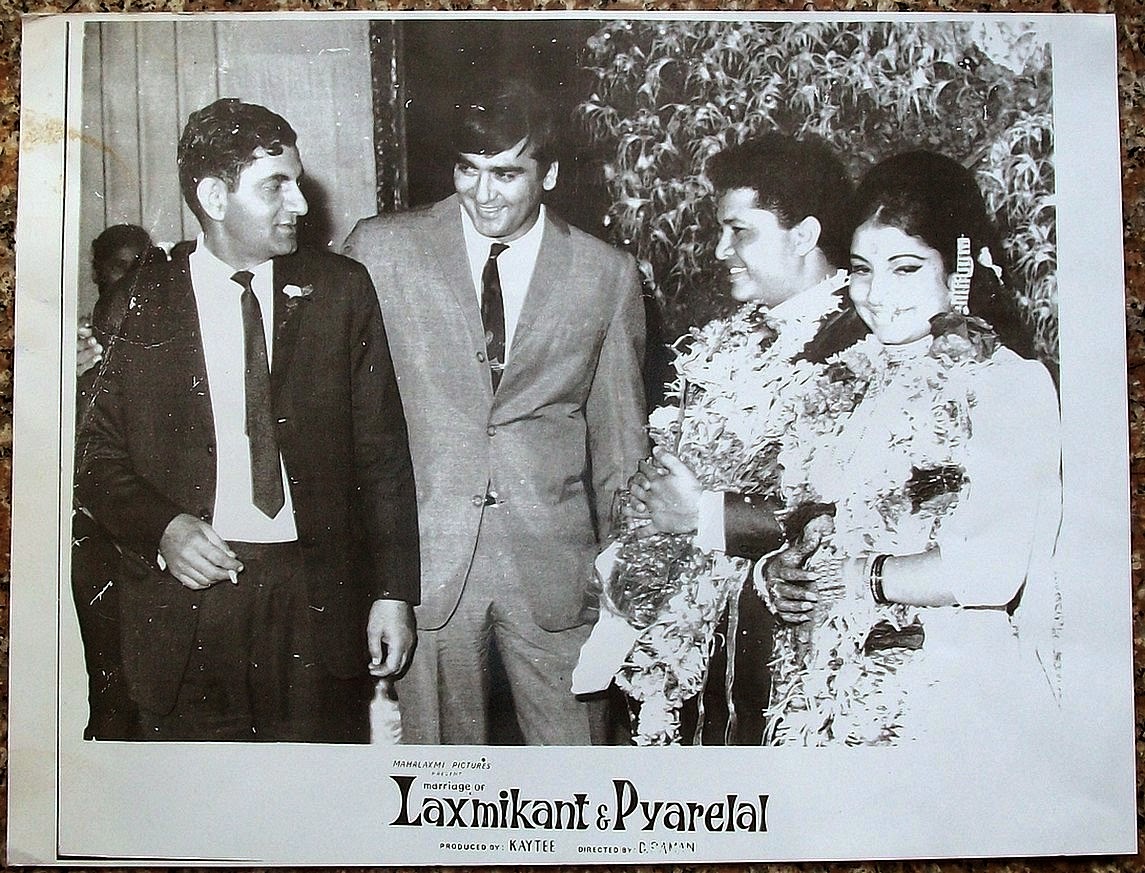 All of these pictures have been taken from:
alphaomegaphilately
Posted by Karen at 12:49 p.m. 9 comments:

Another sighting of Apradh LP!!!!

Was searching around for vinyl online and cam across this...there's no real info on where,when and how...dont know if even has the vinyl but we have found another cover! Making this cover number 3! 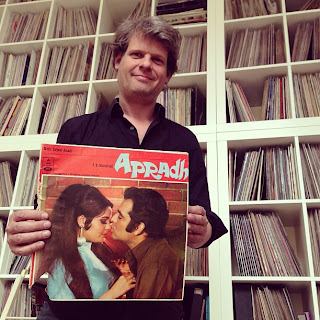 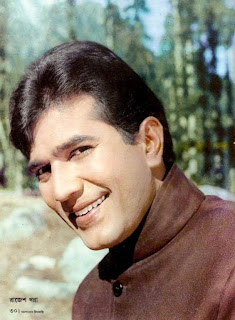 Ok so, for the last little while I've been wondering about the Apradh LP. For the one's that do not know the 1972 film of Feroz Khan and Mumtaz...I have a few times seen the ep for Apradh on ebay and popsike but have NEVER seen the LP for Apradh. I don't know from which website I got it but somehow I have very hi res scans (below) of the LP Apradh. Which makes me believe that it exists. After searching for it I have found a few tid bits which are as follow: From MFT3F website a commenter had to say this about the LP:

Sunny: Some proclaim that the Apradh LP was never made, since after making the covers, Feroz Khan had a fallout with the recording company. Others claim the LP was made but, after a few copies, the fallout occurred. Reportedly, Vinod Sonthalia, one of the biggest, if not the biggest collector, of Indian LPs had a copy. Since that gentleman is no more with us (he passed on), we are back to square one. After showing him a picture of the cover at some shop he said: @Karen: That is the cover only. I know the owner, who clarified that he does not have the actual LP. According to him, not a single LP was made

On Orkut, in a discussion, people said:

LP of Apradh never got released.Its only the artwork cover that got released but the film's only vinyl release was in SP & EP. Apradh LP was released , but in Pakistan . U will find the LP as made in Karachi only . The Indian version never got pressed . Only the cover was printed . But it is very very Rare

I have never heard about the Pakistani pressing before, but if its out there I would love to see it! My question is, is there an LP (vinyl and cover) for Apradh or did only the cover come out? 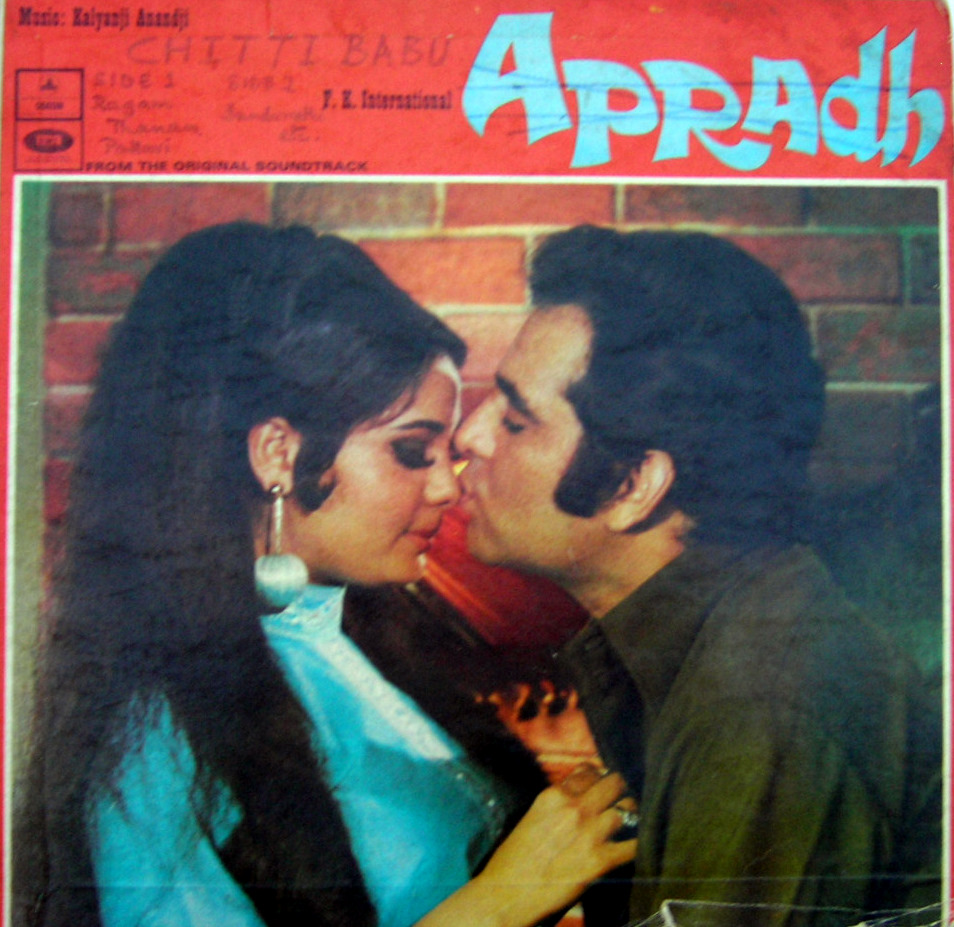 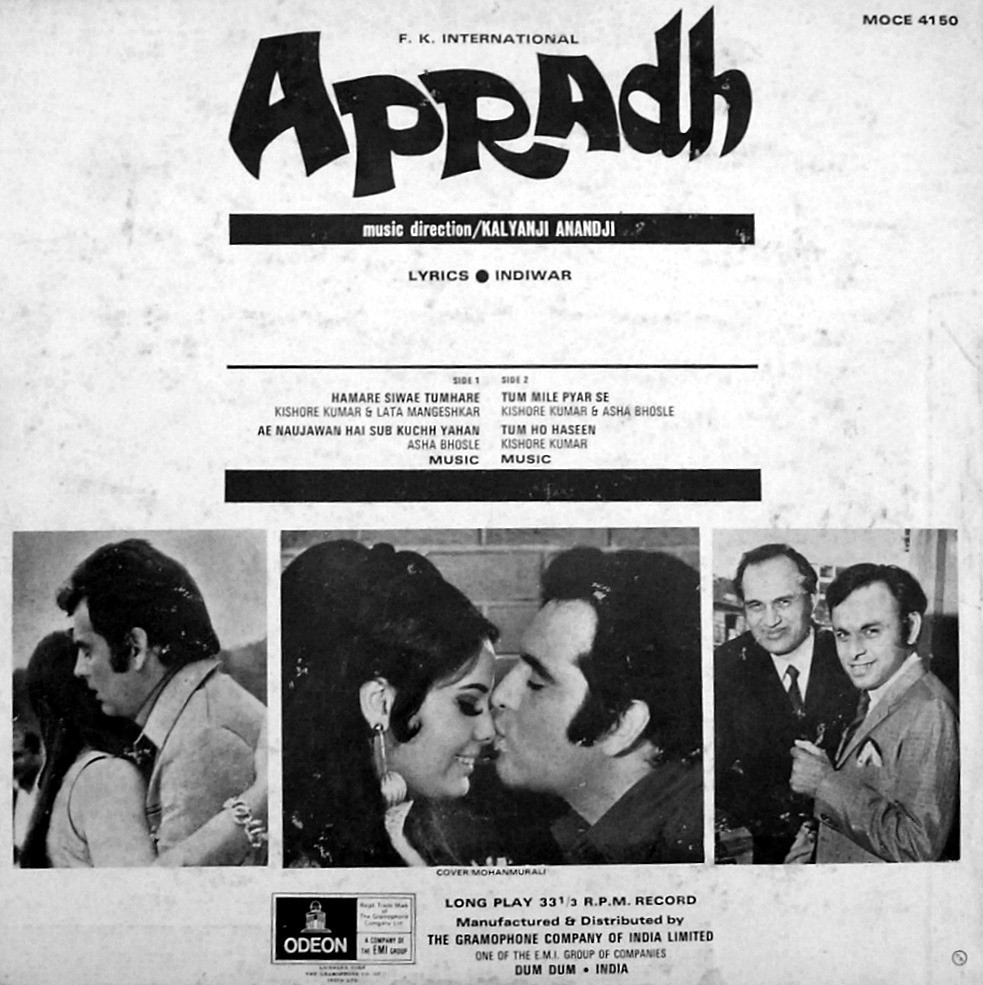