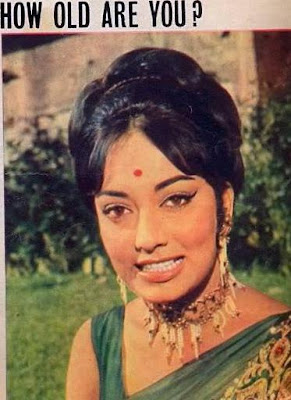 I was reading an article o n heroines who lead a lonely life and in it, it says that Sadhana (the actress from the 60's, her movies include Hum Dono, Mera Saaya and so on) died in 2004 at the age 75. I always assumed that she was alive and well. I have never read this anywhere else, it doesn't even say it on Wikipedia. So if anyone knows for sure pls. do tell!
Here's the link for the story:
http://www.masala.com/21121-only-the-lonely
Posted by Karen at 3:08 p.m. 16 comments:

So yesterday I was on EBay and was looking at the magazines posted by auctionz_unlimted and found some really interesting things that I wanted to share with you guys. So here they are: 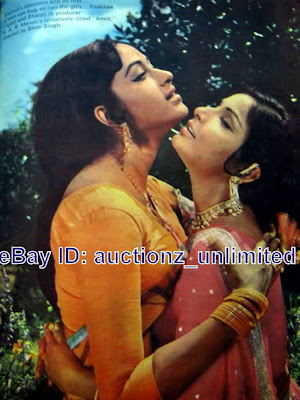 First and foremost is a picture of Rakkhee and an unknown actress in a weird and lesbianish hug. I don't know if this pic was supposed to come off like this or it just happened because it was taken mid-hug. In any case its quite out there. 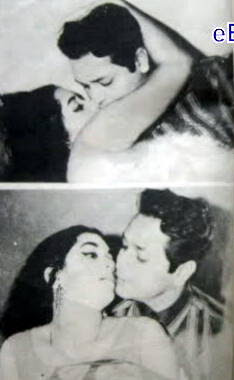 Here are two pictures which I believe where taken on the sets of Do Shikari a.k.a. Anjana Safar. Everyone has probably heard of how Biswajeet came up behind Rekha and kissed her unexpectedly and caught it on film and then put in the film. Later when the film was released this particular scene got chopped from the movie but somehow it made to the cover of Life magazine (never seen it). Rekha always said that she had know idea what had happened and she wasn't on board for it. But in these two pictures you can clearly see that she was part of it, in bottom pic it looks like she is sticking her tongue out! These pictures totally blow Rekha's story out of the water. If anybody has any other info pls. do tell! 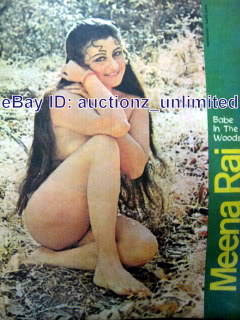 Here is an unknown actress named Meena Rai (was in a few Punjabi films), in nothing but her underwear! People get so worked up when this happens now and this happened back in the 70's! 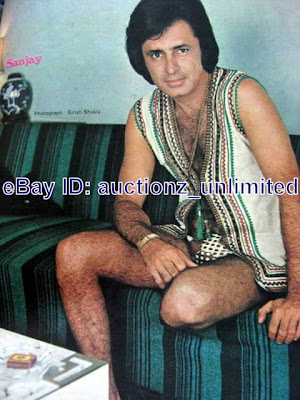 Can someone tell me what Sanjay Khan is wearing here? It seems like he's wearing his wife's delicate vest thing and speedo's. Not the kind of attire one would wear for a magazine shoot especially when there no where near water! 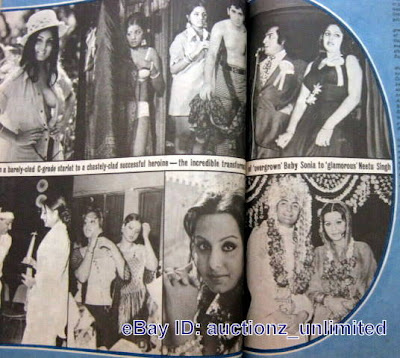 I'm really shocked by the two beginning pictures here! Because I did not know that Neetu had revealed so much in the beginning, quite shocking! In the first picture looks as if it came straight ou of Playboy. 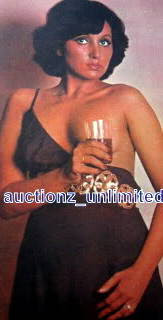 This picture is of vamp Komilla Wirk, it amazes me because her boob is just hanging out i the open, like its no problem. I would love to be on the sets of such photo shoots just to see how the photographer would coax the women into taking off there clothes. 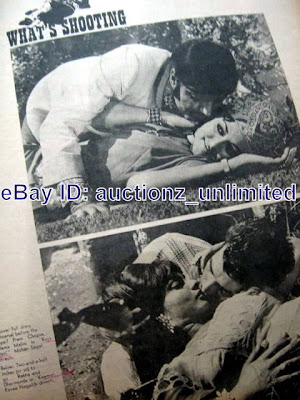