I know this is a big time stretch but would and anybody have scan of the following interview its about a bollywood groupie who claims that she has liaison's with Raj Kapoor, Rajesh Khanna, Dilip Kumar and Feroze Khan. It would be such an awsome interveiw to read. So does anybody have the interveiw and would they be willing to share? 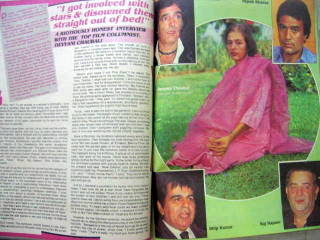 The thing is she isn't even that pretty 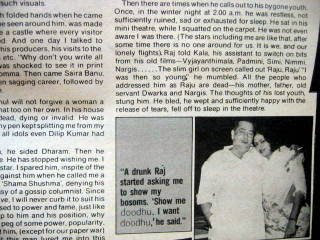 That's just downright creepy! See still not pretty even though it looks like a younger pic of her's 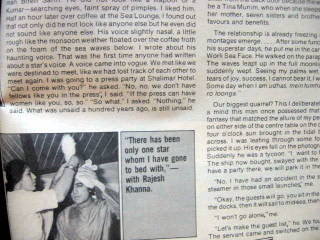 What was so special about Rajesh that she slept with him? (If what she is saying is true.) 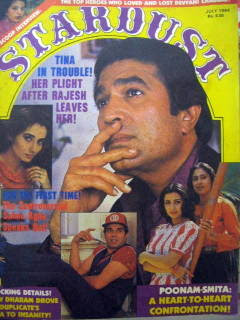 The article is taken from this magazine
Posted by Karen at 12:03 a.m.

I've read this specific edition so so long ago! Unfortunately the copy lies in my grandma's house in Allahabad - :S

I think she is probably being honest at least about Rajesh and Firoz- apparently he slept with anyone and everyone back in his heyday :S

you know what i think Firoz Khan still sleeps around with everyone he can, he always has those sleazy looking girls around him!

Just read about her on Memsaab's blog a few days back and now scrolling down I see this...

In fact, her being Devyani answers your question "What was so special about Rajesh that she slept with him? (If what she is saying is true.)" She was crazy about RK and this was generally known.

And I think now that this article might well be one of the reasons that a lot of people didn't come to her help when she lay dying.

As a journalist you could compare her with Hollywood's Sheila Graham, though she modelled herself on Louella Parsons and Hedda Hopper. Wanting the same sort of control they had on actors and actresses.