Hrithik Roshan Was In A Punjabi Movie!!! 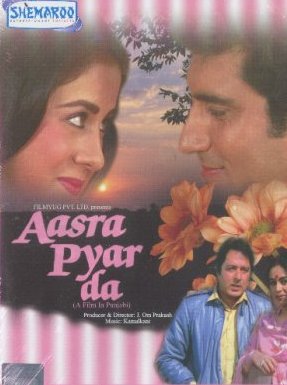 Okay, so I have known about this for a while but I was just too lazy to make a post...Everyone knows that Hrithik had started out has child artist in the 80's with such films as Aap Ke Deewane(1980), Asha (1980) and Bhagwan Dada (1986) but not many people know that he had also done a little number in a Punjabi film!. The movie was called Aasra Pyar Da (1983). In the movie Hrithik has a few second dance cameo! It's the cutest thing ever he's 9 years old. I recall Hrithik even talking about this in some interveiw...he had said that another kid was supposed to do the dance sequence but for some reason he didnt come or got cold feet so he steppted in! The movie starred Raj Babbar, Navin Nischoli, Kirron Kher and Preeti Sapru...it was directed by Hrithik's grandfather J. Om Parkash!

this is just amazing story

Binary Options is the way to [url=http://www.brokersring.com/]make money[/url] securely online